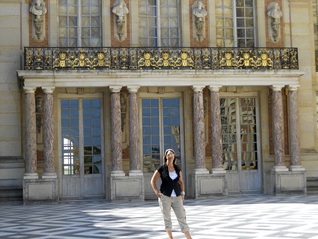 Arts Education as a Vehicle for Social Change: An Empirical Study of Eco Arts in the K-12 Classroom by Jeniffer Sams and Dr. Dee Sams (Available on Eric)

​Australian Journal of Environmental Education, v33 n2 p61-80 Jul 2017
Arts education has been part of the United States K-12 educational system for over a century. However, recent administrative policy decisions addressed the economic bottom line and the 1983 report, "A Nation at Risk," and complied with the "No Child Left Behind (NCLB) Act of 2001" (U.S. Department of Education, 2001). These decisions resulted in "standardisation" of both core curricula and testing, leaving arts programs to function in a diminished capacity, curtailing both individuality and creative thinking. This study unpacks the role of the arts as change agents with the ability to: address current discourse; question ideologies and culture; convey complex problems in artistic form; engage the viewer in aesthetics; provide a perspective not found in regimented thinking; and empower creative problem solvers. This work also highlights the role of eco-art as a medium for addressing complex environmental challenges. The study also empirically examines, through a self-report survey, K-12 arts educators' perceptions of integrating eco-arts into curricula. Findings revealed respondents' desire to integrate eco-arts into the arts curricula and identified the most significantly perceived barriers to integration, as well as the role of policy on practicality. The authors also identify the study's limitations and recommend areas for future research.

Reading Art Historian, Psychological, Philosophical, Historical, Education, and Religious articles have improved my overall understanding of how the art world obtained particular genres during specific periods of time, in different cultures, and for many societal reasons.


Raphael 'School of Athens' - Pagan Iconography in the Papal Library

Boucher's 'Orestes Pursued by the Furies'

"Leonardo da Vinci and A Memory of His Childhood"

Response to Fredrick Anatal's "Florentine Painting and Its Social Background"

'The Sacred Made Real' - Art Review of exhibit at the National Gallery, D.C.